We all start to use cable wire to watch TV from satellite channels.  Modern-day technology has evolved and provided a wide range of options in an effective way. Most of the options are known to offer a huge sum of benefits over the traditional option easily. It is widely suggested for people to consider exploring options available in the market because it helps in enjoying the quality access without affecting the performance on a daily basis.

IPTV stands for “Internet Protocol Television”. The IP of IPTV is the same as that of your IP address or Voice over IP. All that means is that television programming is communicated via the Internet protocol.

With cable or satellite TV, broadcasters send signals that viewers receive – you can only watch what is broadcast. Unless you have some sort of recording device, you cannot dictate what is on or when. You just tune in when you can and see what’s available.

IPTV is different. Instead of transmitting content via light pulses in the form of fiber optic cable or radio waves from a satellite, IPTV sends broadcasts and movies over your standard Internet connection. (You may be using a cable or satellite Internet connection, but these connections are separate from those that typically transmit signals from your television.)

The global IPTV market was expected to grow from 28 million subscribers at US$12 billion revenue in 2009 to 83 million and US$38 billion in 2013. Europe and Asia are the leading territories in terms of the overall number of subscribers. 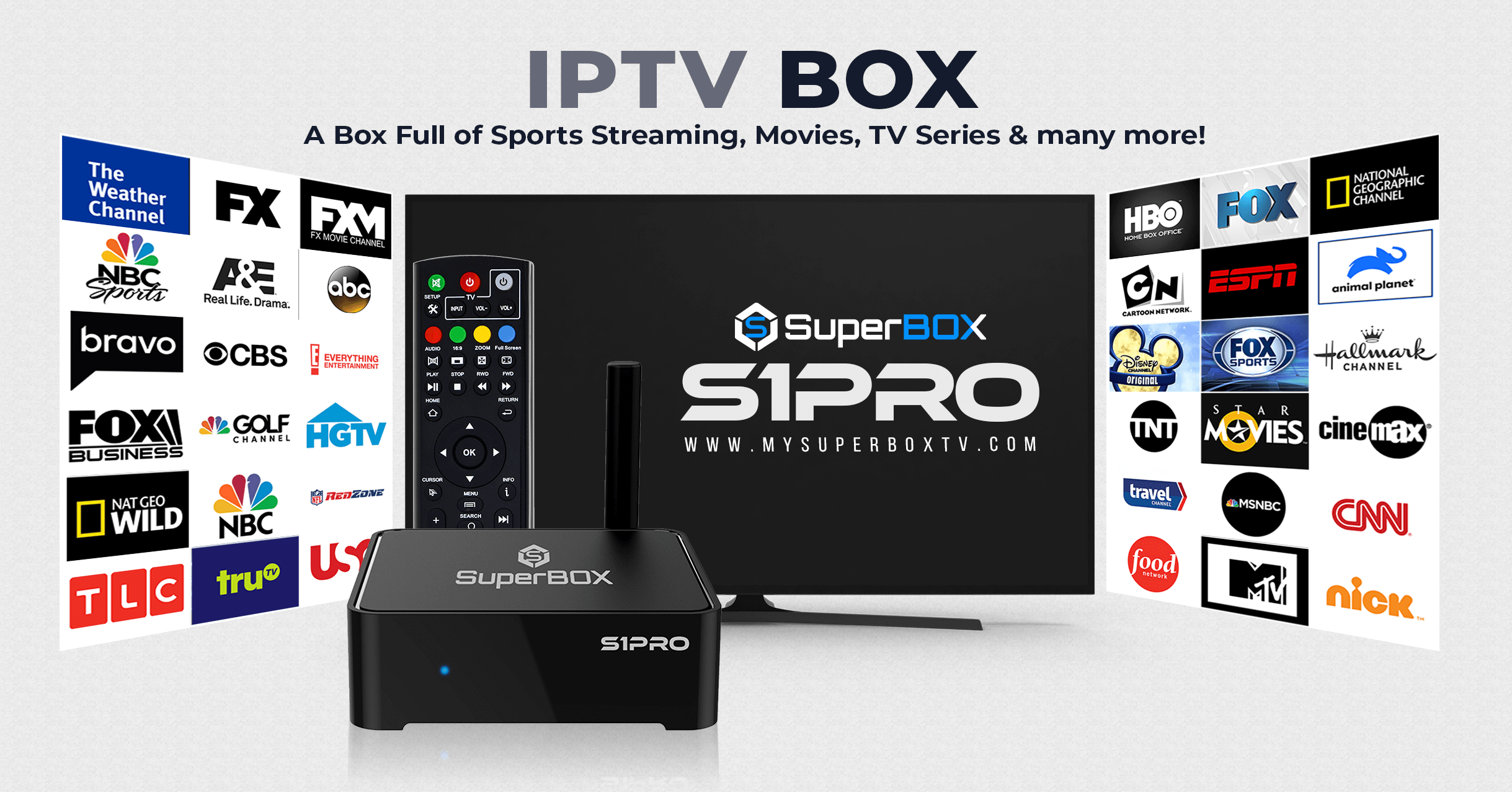 Although IPTV is gaining momentum, it is still a pretty niche market. Services like Netflix and HuTV offer many TV shows, and video on demand is growing fast.

These are the other IPTV formats for which there is considerable potential to change the way people watch TV, which has not yet taken off.

NOW TV, TVPlayer and Epicstream are all advancing in the live IPTV market, but they are still not as traditional as the more popular VOD services.

Sport seems to be the fastest-growing area of ​​television for IPTV. There are many subscription sports plans that you can watch from your computer or stream to your TV whenever you want.

Most IPTV services work on individual systems, which mainly is Android and IOS. You can install the service on Smart TV, Android Box, Tablet, even on mobile.

What is IPTV box

IPTV box also called IPTV set-up box, it is a device that translates information that you receive from your Internet connection into a format that’s readable by your television. It generally has a TV-tuner input, an external source of the signal and display output to your television set.

Most IPTV boxes don’t conclude IPTV services, you need to download paid-for subscription IPTV services. Because of boxes usually made from the electronic manufacturer, but the IPTV service needs host, technician support, engineering development, and after-sales customer support. That makes the Android Box is not that user-friendly, you must be technology-trained to enjoy TV entertainment.

SuperBox was born to solve this pain point, you totally need no knowledge of techs to enjoy the convenient IPTV service. All you need to do is to get a SuperBox, get some free apps, then you’re ready to enjoy tons of channels and TV shows. Even if you are going through some ticky stuff, kindly contact us for any problems, we’ll get back to you in minutes to solve your issues.

IPTV or Internet-based Protocol Television has gained a lot of attraction from people in different parts of the world. The technology offers a wide range of benefits compared to the traditional way of watching a movie from time to time. The technology utilizes internet connectivity in order to broadcast live shows, videos on-demand, time-shifted TV and so on without compromising on the budget in an effective way. Are you ready to give SuperBox IPTV box a try?